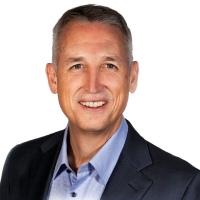 Small sat launchers are a hot topic among tech investors at the moment, and for good reason. With the fast pace of technological innovation in the satellite space, the need for rockets to launch them is growing at an astounding rate.

In this short blog post, we’ll give you a little more information on what microlaunchers are, the benefits they offer and the forecasted demand.

There’s a lot more to learn about smallsat launchers in order to make an informed investment decision. Here at PSION Partners, we have over 20 years of experience in deep-tech investing, both as an investment fund and as investment advisors. Please don’t hesitate to contact us if you’d like to learn more!

Microlaunchers are small rockets designed to launch satellites into Low Earth Orbit (LEO) around the earth.

Also called small satellite launchers or small-lift launch vehicles, these rockets offer a range of benefits when compared to traditional methods for launching satellites into space, which have mainly consisted of ride-sharing on larger rockets until recently.

Small-lift launch vehicles can carry loads of up to 2,000kg which is substantially less than medium-lift and heavy-lift launch vehicles. Although this may seem like a disadvantage, the costs incurred to build and launch a small sat launcher are significantly less, making them a cost-effective alternative for certain use cases.

The different types of satellite launchers

There are a variety of methods that are used to launch small satellites into Low Earth Orbit (LEO). Usually, either large rockets or small rockets are used. Large rockets can be a good option for launching a large number of small satellites reasonably inexpensively, but they offer limited flexibility in orbit altitude and launch scheduling. Small rockets give you more flexibility, but they can be slightly more expensive when launching a large number of satellites.

The below image provides an overview of the different small sat launch methods currently used.

There are different means of launching smallsats in to orbit. Primary options are likely to be rideshare on a larger rocket or dedicated smallsat microlaunchers like Skyrora.

Microlaunchers’ position in the launch ecosystem

84% of the satellite launch market is concentrated on satellites that weigh less than 316kg (e.g. Skyrora payload capacity to SSO – Sun Synchronous Orbit).

With this in mind, Figure 1 shows exactly where Microlaunchers fit in the overall “Vertical Launch” ecosystem.

One of the main advantages that dedicated launchers have over ridesharing is the time it takes to reach optimal orbit. Long delays can be common when ridesharing, and it’s common for the satellites to be placed in suboptimal orbit, thus requiring significant extra maneuvering.

This not only takes up a lot of time but is also a costly process. This means that, although dedicated launchers seem more expensive at first, upon closer inspection it’s often faster and less expensive.

Even though ride sharing innovators are currently looking to improve the launch model, it is expected that dedicated launches will capture the majority of the market share.

That being said, it’s likely that both launch models will be able to coexist, serving different companies and different purposes. This article by SatelliteToday provides a great explanation about the industry and the different launch options & how they are used.

Launching a satellite as a rideshare places it in a suboptimal orbit. For example, SSTL built a satellite for Telesat which was inserted at a 500km altitude but needed to get to 1,000km for operations. It took 1,000 engine firings (propellant) and 3-4 months to get to optimal orbit.

Manoeuvring satellites results in foregone revenue and has implications on satellite lifetime extension.

Short-term, ‘Space taxis’ such as D-Orbit/Sherpa are one likely evolution of the rideshare market. However ultimately, we expect dedicated microlaunch to capture the majority of the market from rideshare.

Demand for dedicated microlaunchers is expected to grow steadily over the next ten years. Satellite launch services like those planned by Skyrora are in great demand, as launch services are currently the main bottle neck in the satellite industry. There has been a clear upward trend in the industry since 2009, as depicted in the images below, and demand is expected to grow as more enter the satellite/communication market.

There are 75+ identified companies around the world with aspirations of entering the dedicated smallsat market. Very few currently have the technical maturity or funding required to challenge the likes of Rocket Lab and Firefly.

Skyrora offering a high and market targeted payload in its class, uses eco-friendly Ecosene kerosene. Orbex has chosen a similarly eco-friendly fuel. Their closest competitor is RFA (owned by OHB) based out of Germany. Skyrora XL, Orbex (Prime) and PLD Space (Muira 5) are believed to be converging on a very similar cost / kg. ISAR Aerospace is targeting a re-usable solution which might enable it to target an especially low price/kg value. However the economical benefits of this are as yet unproven in rockets this small. The likes of Virgin Orbit (LauncherOne) and Firefly (Alpha) have aspirations to hit a lower cost / kg, but are focused on a different market segment.

Only Rocket Lab Electron rocket is operational in the sub 300kg category and is achieving a £24k / kg price range which is indicative of the price range that the other players will be able to achieve in the immediate to medium term. The majority of the other dedicated microlaunch providers are forecast to go orbital next year, however the industry has been plagued with delays in the passed.

ConclusionThe growing industry and high level of innovation offers investors an interesting opportunity. That being said, it’s not without its risk. If you’d like more information about the microlauncher market and how PSION can support you or your sovereign investment fund, please feel free to send us a message. 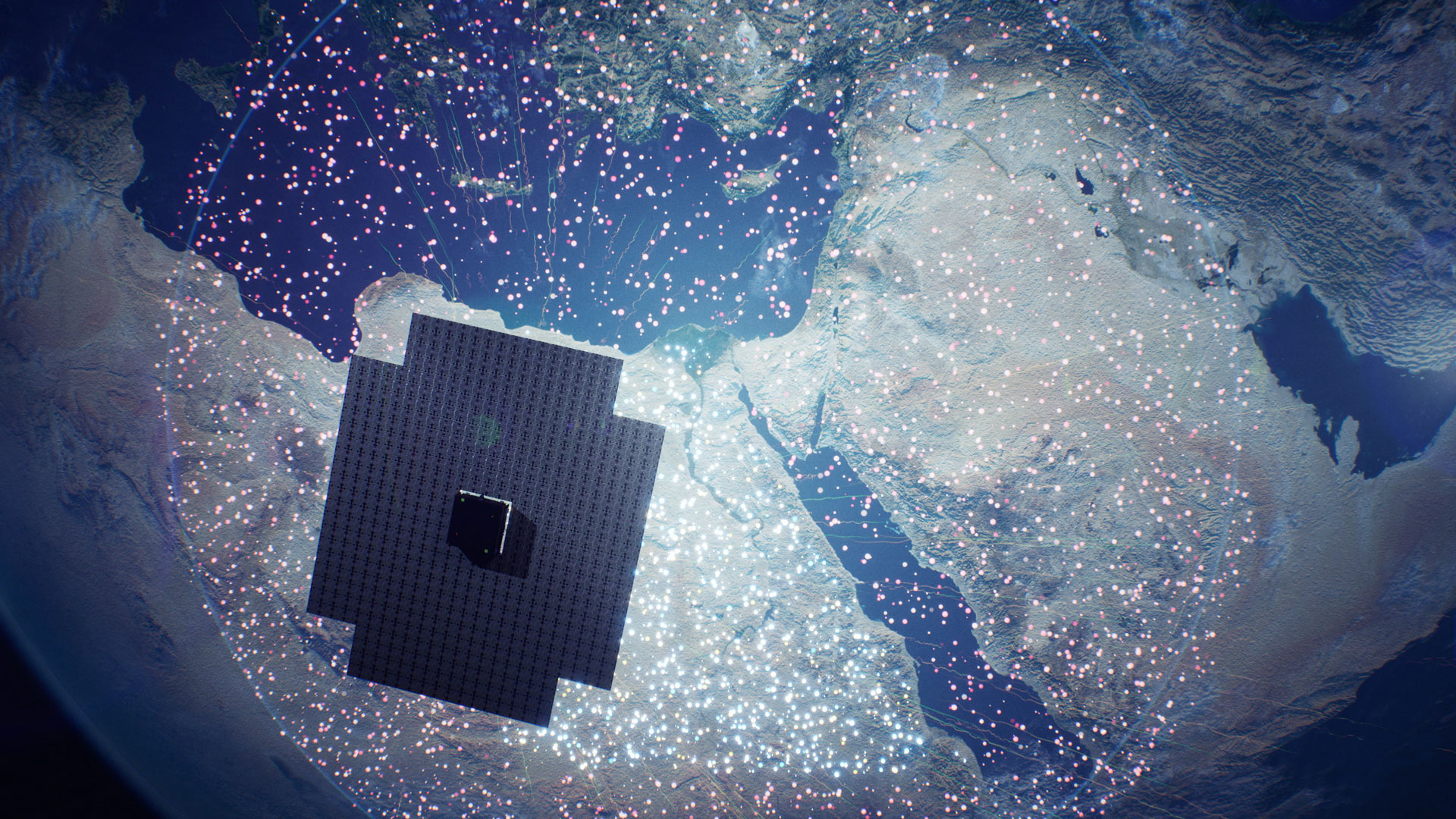 The Challenges & Opportunities of Satellite Broadband

Satellite broadband sometimes referred to as “satellite internet” or “space internet” is a frontier technology that’s worth researching when looking for deep-tech investments. Elon Musk, CEO of SpaceX recently estimated the market potential for Internet connectivity to be as much as $1 trillion. 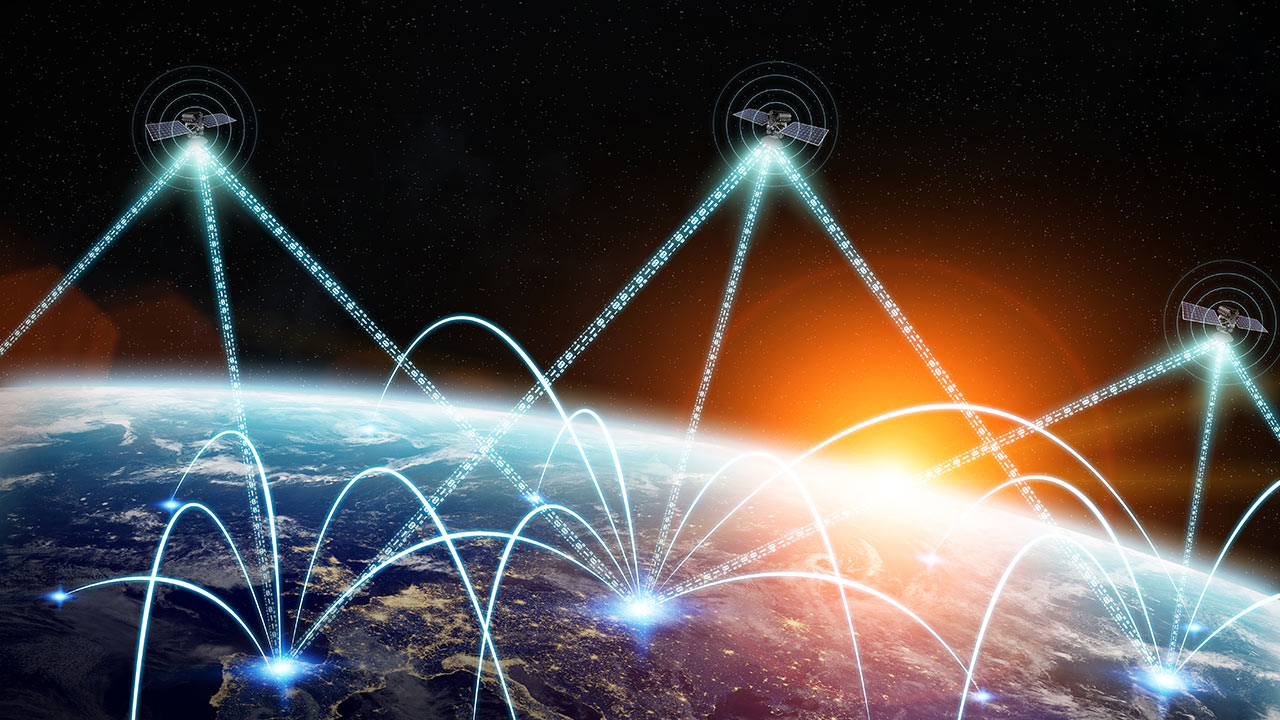 The topography of space communication is not as straightforward as people think. 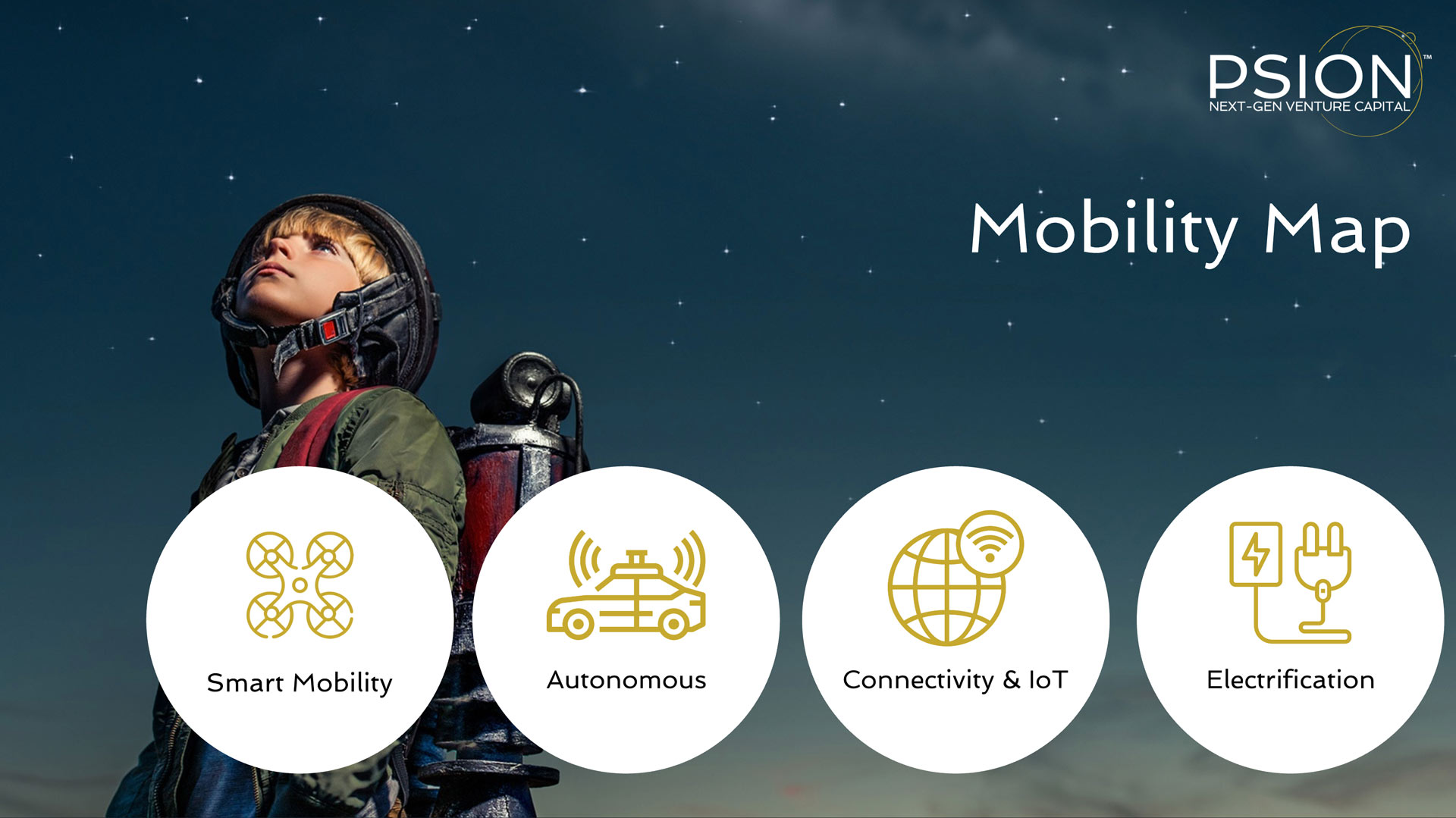 The fixation in one-dimensional curvilinear vectors – roads, railways and cableways – of modern passenger and freight transport concepts greatly slows down and almost stops the required speed of development of public transport systems. 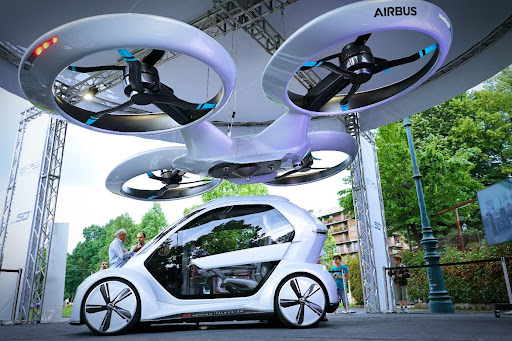 This offers investors a unique opportunity to enter this market early, potentially generating big returns if risk is properly managed. The recent SPAC trend helps to sweeten the deal for investors somewhat too, providing a potential alternative exit within a more reasonable timeframe.

The Challenges & Opportunities of Satellite Broadband

Satellite broadband sometimes referred to as “satellite internet” or “space internet” is a frontier technology that’s worth researching when looking for deep-tech investments. Elon Musk, CEO of SpaceX recently estimated the market potential for Internet connectivity to be as much as $1 trillion.

The topography of space communication is not as straightforward as people think.

What People Say About PSION

Alain went beyond imaginable limits with his ability and professional VC expertise to coordinate our fundraising activities at CyStellar. His capability to deeply understand our company’s vision and match it with the right investors was crucial in shortening the time to closing the investment.

Alain helped us with the investment strategy, corporate restructuring, pitch deck, building an investor funnel and following up with investors, supporting the due diligence process, term sheet negotiations and provide recommendation for legal, financial, and tax advisors.

He’s really made a difference in our start-up success to raise its first seed round!

I chose him to join our Board as independent Non-Executive Director where he continues to add value to the strategic direction of the company.

It has been exceptional working with Alain over the past few months to develop Skyrora’s financial model and business plan. Alain quickly understood the key drivers of the business, and he was able to combine them with his deep knowledge of the investment industry to ensure our model is well received by investors. He paid detailed attention to intricacies, such as revenue recognition and worked hand-in-hand with us to resolve all difficulties.

Alain went far beyond what was expected and put us on track to successfully close our funding round. I highly recommend him.

Alain carried out due diligence on a complex, fast moving business. He worked very long hours and his efforts exceeded the amount of time that was expected.

He did a deeply researched analysis of the business involved and the sector that it was trading in, as a result of which we made an investment in the target company. In addition, he carried out due diligence on two other companies, a high technology business with several valuable patents based on the West Coast of the USA, and a company supplying communications solutions to the global railways sector.

Alain and I are discussing several further opportunities of working together.

Alain possesses superior organisational, planning and interpersonal skills. As CEO of the business we began together, and as the primary partner in the enterprise, he demonstrated his ability to build and motivate a team, and guided the group towards creative goals and solutions.

Alain involves others, encourages their strategies for finding solutions and secures maximum commitment from each team member. He also achieved good results when negotiating.

Personally, I find Alain to be a bright and engaging individual. He has a breath of international experience which I find particularly interesting and has a collegial manner which enables him to work effectively with others.

Alain produced an Information Memorandum for Microbus for new investors, he was extremely diligent and picked up the complexity of what is a highly technical niche market very quickly. Market detail across Europe in the public safety market is limited but Alain managed to access detail that had previously been unattainable.

He was also very knowledgeable in how to value this type of opportunity and tested these valuations from several directions. He was easy to work with but persistent in ensuring he produced the best possible results. I would recommend Alain to anyone requiring an in depth study of their business.

It was a pleasure working with Mr. Gavin and observing his highly professional attitude and his remarkable energy and perseverance in the work he accomplished. He took initiative even on difficult issues to achieve needed results. His unique motivational drive and energy and collegial manner made him well accepted among those he worked with closely.

Alain is a wonderful person to work with. His support in Skyrora’s outreach to secure funding was invaluable. In countless calls, we worked out strategies together on how to approach investors.

Alain always inspired me with his ideas and relentless energy to reach out to the right investors. He helped us to do a ground-up analysis of the competitive and market landscape and convince investors of the immense opportunity in the Space launch industry.

I would warmly recommend him and am thrilled to have him on board and hope to work with him again to secure our next investment round.

Oops! Something went wrong while submitting the form. 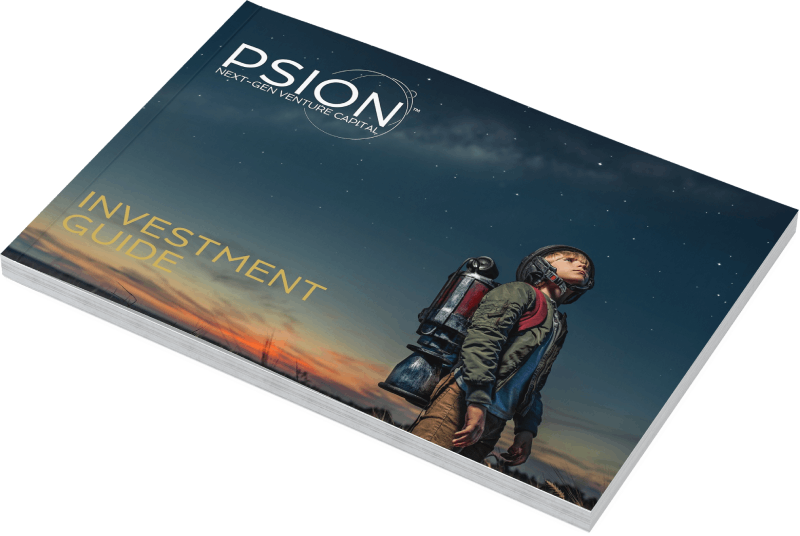